Newcastle’s craft beer bars are taking over the city. Gone are the days of a pint of bitter, replaced with handcrafted brews and served up by bartenders in braces and checked shirts. Newcastle’s pubs are some of the greatest. We’ve searched high and low for the best places to sink one of those famous craft beers. 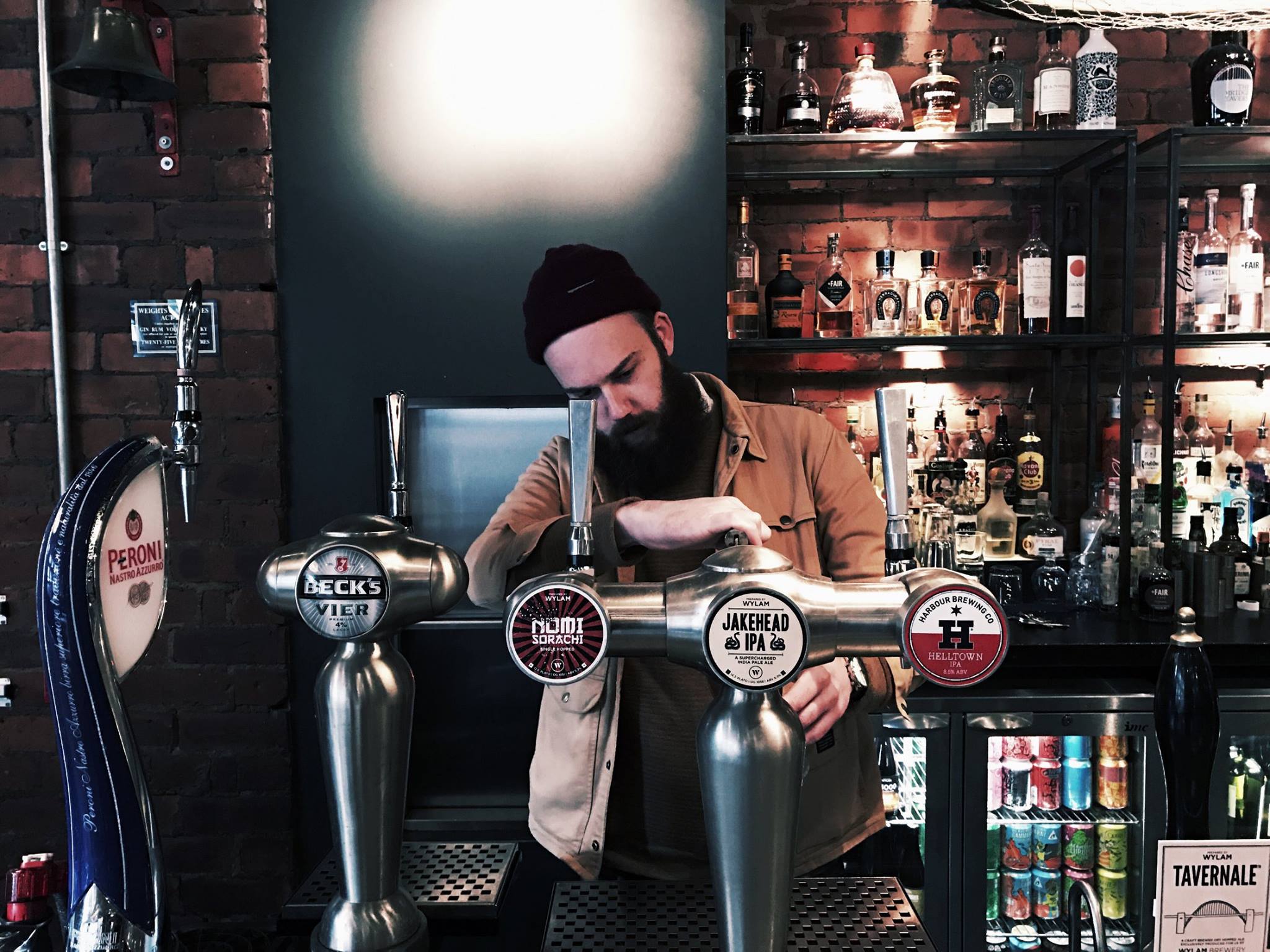 First of all, Newcastle’s craft beer bars don’t get much better than The Bridge Tavern. It’s a micro-brewery, pub and restaurant – all wrapped up in a cool bow. The pub owes a lot to the exposed brickwork trend, and it’s seriously hip (checked shirts and ironic specs optional). Most noteworthy, the main bar even features an off-beat library, donated by a jazz café owner. Housed on the ground floor of the pub, the micro-brewery is fully operational, producing bespoke 360 pint batches of cask and keg ale daily. However, the most popular recipes are a regular on the front. This trendy, gastro-style pub is right on the Newcastle Quayside, nestled between the busy bars and clubs, and is buzzing every day. Mid-week, The Bridge is packed with after work diners and drinkers, and the livelier crowd moves in on the weekend. To get in BrewDog, you will need those checked shirts. Credited with the craft beer revolution, BrewDog have taken over the country. As a result, they’ve gone from one stall to 44 bars, and over 134,000HL beer brewed. The company has a state-of-the-art brewery, set over five acres. It creates drafts for the bars, with 18 on the current draft at Newcastle alone – hence the popularity. This is all alongside five guest beers and hundreds of bottled beers. The bar is right between the historic Grainger Town, Grey Street and Newcastle’s Quayside, and boasts a glass frontage to watch the world go by. In addition, it has an outdoor terrace and a mezzanine level with extra seating – handy for those chilled live music sessions. The Tyne bar is a local favourite (we’re always there…). It’s right in the heart of the Ouseburn Valley, and famous for its relaxed vibe and live music. The summer is the most popular season for The Tyne, and people spill out everywhere – even the beer garden can’t contain them. And, that’s a feat, because the beer garden is massive and underneath a bridge. Consequently, you can sit out even when the bracing North East weather isn’t playing ball (standard). The Tyne is also the ‘Brewery Tap in the City’ for the famous Wylam Brewery, serving popular Northumberland brewed ales exclusively. The craft beers are regularly chopped and changed, but there are 12 stalwarts and even more bottled beers. Just a seven minute walk from The Tyne, you’ve got The Cluny. This is all about the beer and music. They’ve had the likes of Mumford & Sons, Arctic Monkeys and The Vaccines perform here. Once a Scotch whisky bottling plant, the venue thinks like a pub. It serves eight real ales, a fantastic variety of craft beers and lagers, as well as ciders. It’s quirky and laid-back – again with the red-brick and pinewood – but the bar is L-shaped, with a raised platform to give the space a fresher and cleaner look. Outside, you’ve got patches of green and a garden to enjoy the beer in relative sunshine (as much as you can in Newcastle). 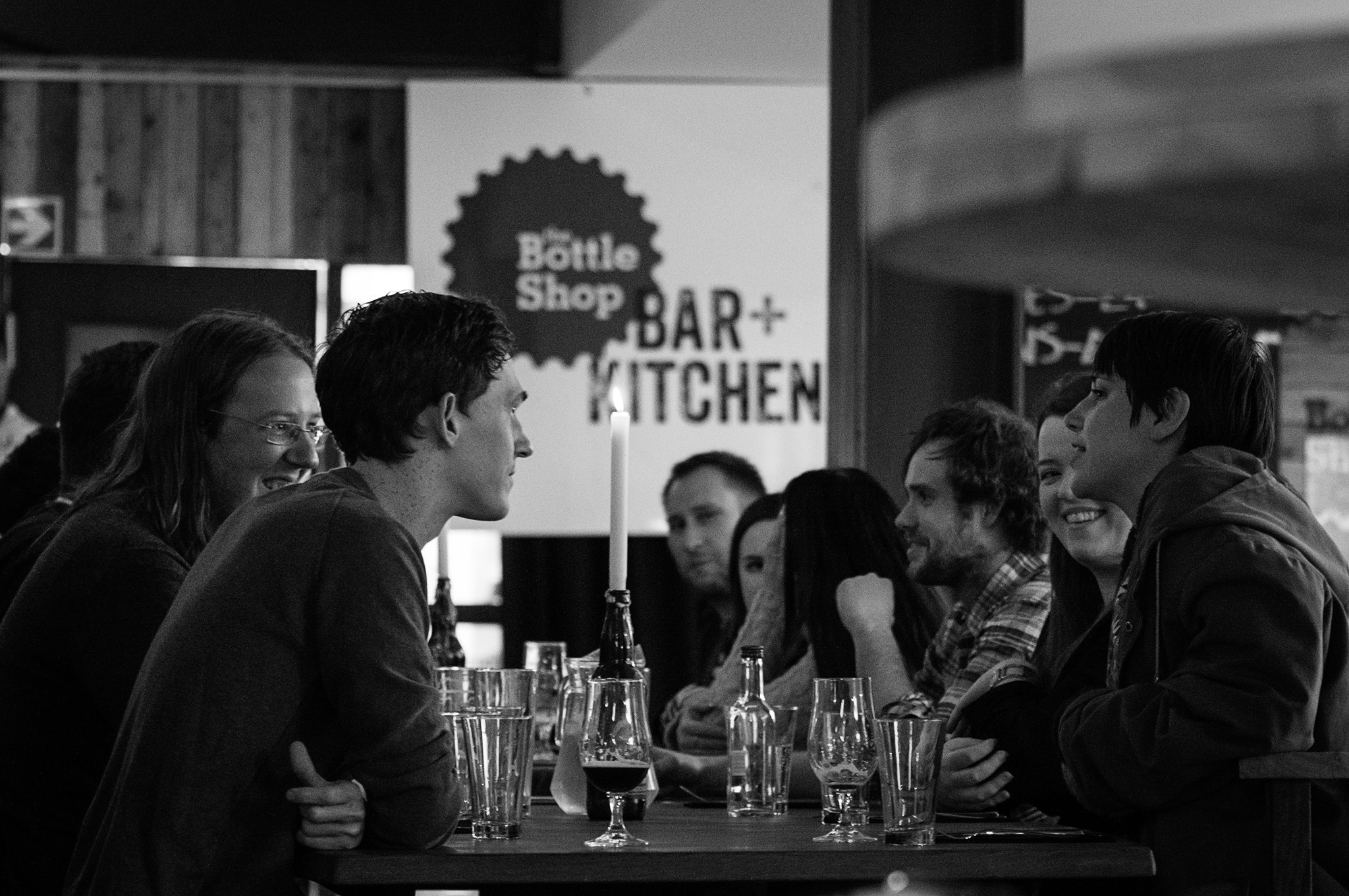 The Bottle Shop is exactly what you’d expect, packed full of craft beer and bottles. The bar is right next to St James Boulevard, and has a name in Newcastle for draft. It serves the finest from all over the globe – including Sweden’s Omnipollo brewery and Green Flash from California. It also features 12 draft lines, 10 keg and two cask. It’s also got a tasty selection of food available, changing daily, and regular comedy and music nights as a side to those delicious beers. Bierrex is a craft beer, smokehouse and terrace on Pilgrim Street. It’s part of the team that has created several bars in this list, and is entirely unique. It boasts a stark, wood-style interior and 31 taps that constantly rotate craft beers. They regularly host Meet the Brewer events, featuring breweries from all over, so you can meet and discuss the process. While that’s going on, you can even enjoy cuts of meat cooked in a Himalayan salt chamber. There’s just one thing to remember – Bierrex has a big secret. Hidden down below, in the depths of the venue, you’ll find The Poison Cabinet is a cocktail bar behind an iron door. dAt Bar is hipster personified. It’s a bar, it’s a restaurant, it serves speciality pizzas, and it has 20 ever-changing beer taps. That bar is renowned for its huge variety of beer, due to stocking the likes of Tyne Bank, Anarchy Brew Co., Beavertown and Bristol Beer Factory. The bottles and canned selection are also on a regular rotation, but it’s not all about the drink… (well, almost). dAt Bar’s extensive food menu includes 74 hour sourdough pizzas, 6oz burgers (dry-aged individually in another Himalayan salt chamber), 10-12oz steaks and small plates. The vibe is as unique as the grub, with trendy staff and a stripped back urban interior providing a laid-back backdrop to your burger and pint. Wylam Brewery is the Godfather when it comes to beer in The Toon. It’s the supplier to several pubs and bars in the city – including The Tyne. And, it has come a long way since its start up in a potting shed in Wylam. The building boasts a fully operational brewery, producing core keg beers and heritage cask beers – such as Angel and Red Kite – available only in the North East, all served up fresh in The Tap. This attached bar/pub is packed full from Thursday to Sunday, and all of the exclusive blends can be sampled in the quirky confines. They also have an extensive line of guest kegs, alongside bottles and cans and tasty food. This place is part of the (boozy) foundations of Newcastle, and even hosts regular events to enjoy with the speciality hops. Cheers.