Restaurants in Newcastle are some of the greatest in the world. We’ll have you know that as the birthplace of Greggs, we’re home to Michelin-starred eateries and award-winning chefs. We may be known for nightlife and Geordie Shore (none of us wear coats), but we’re making a name for ourselves in the restaurant trade. Our cuisine is superb, and we’ve rounded up the 10 best restaurants in Newcastle. Here’s to drooling at our desks… First up, Blackfriars. The restaurants roots date all the way back to 1239 and was once a hostel for King Henry III. It can confidently lay claim to the title of ‘oldest dining room in the UK’. However, whilst the 13th century former medieval friary has a right royal claim to fame, we can’t promise these kinds of guests… But, we can promise traditional British grub served on heavy, wooden banquet tables. The sort you’ve seen on TV. Tuck into seasonal and local produce, in the company of a stonewalled hall – housed in the former refectory. This is the North East at its finest.  They even harvest walnuts from the courtyard, and scavenge for wild garlic in Jesmond Dene. The Earl might have had a chequered past, but it’s all forgotten now. A once notorious inner city pub, linked with Newcastle’s hard men, the Earl of Pitt Street is gastro pub personified. It’s taking on a hipster lease of life, following a £400,000 revamp, with an ‘Alfred Hitchcock meets Vivienne Westwood’ interior. In addition, the furniture is deliberately mismatched, the requisite exposed brick and cool antiques take pride of place. And, depending on where you are sat – unusual chicken heads may be peering down at you as you tuck into one of the delicious (poultry) dishes. The menu is just as unique as the door, bursting with flavour and English dishes, alongside Korean, African and Eastern-inspired cuisine. If your head can take the whirlwind… Jesmond is Newcastle’s coolest suburb. Lined with quirky, quintessentially British pubs and the city’s largest concentration of students – you’d expect it. Sohe is paramount to these alternative vibes, an Asian-fusion chic restaurant in the middle. Set on the legendary Osborne Road, it’s busy rain or shine. The food is heavily influenced by Korean, Thai, Japanese and Malaysian flavours, and is relatively small. However, it’s small to showcase the chef’s top skills. In addition, the cocktail menu is inspired by the Far East – featuring the Empire of the Sun, Living La Vida Lotus and Ladyboy. Sit, drink and eat way above the Newcastle skyline. SIX Baltic is the city’s finest glass-fronted restaurant, at the top of the Baltic. This is where you come for afternoon tea with a side of sweeping views. As the highest point of the art gallery, the interior is just as minimalist and modern. You’ve got a chrome bar, glass tables and hardwood floors – as well as experienced staff. But, it’s not just about the views. The food is locally-sourced and made with the finest ingredients. Classic British meals get a contemporary twist at the restaurant, as do the drinks. And, yes – you can get afternoon tea. Café 21, winner of Newcastle’s first Michelin star, is a simple, yet modern bistro. The emphasis is solely on the food – creating simple and imaginative dishes. There’s a real love for the sourcing of produce and ingredients, evident in the food. It’s classic, but crafty, and is, quite frankly, a Masterchef episode in Newcastle. This bustling, city centre restaurant – close to the beautiful Quayside – is no fuss, and the interior reflects this ethos. It’s tasteful, stylish and directs attention to the food – just how it should be. The comfy surroundings make for a peaceful and unforgettable evening meal. 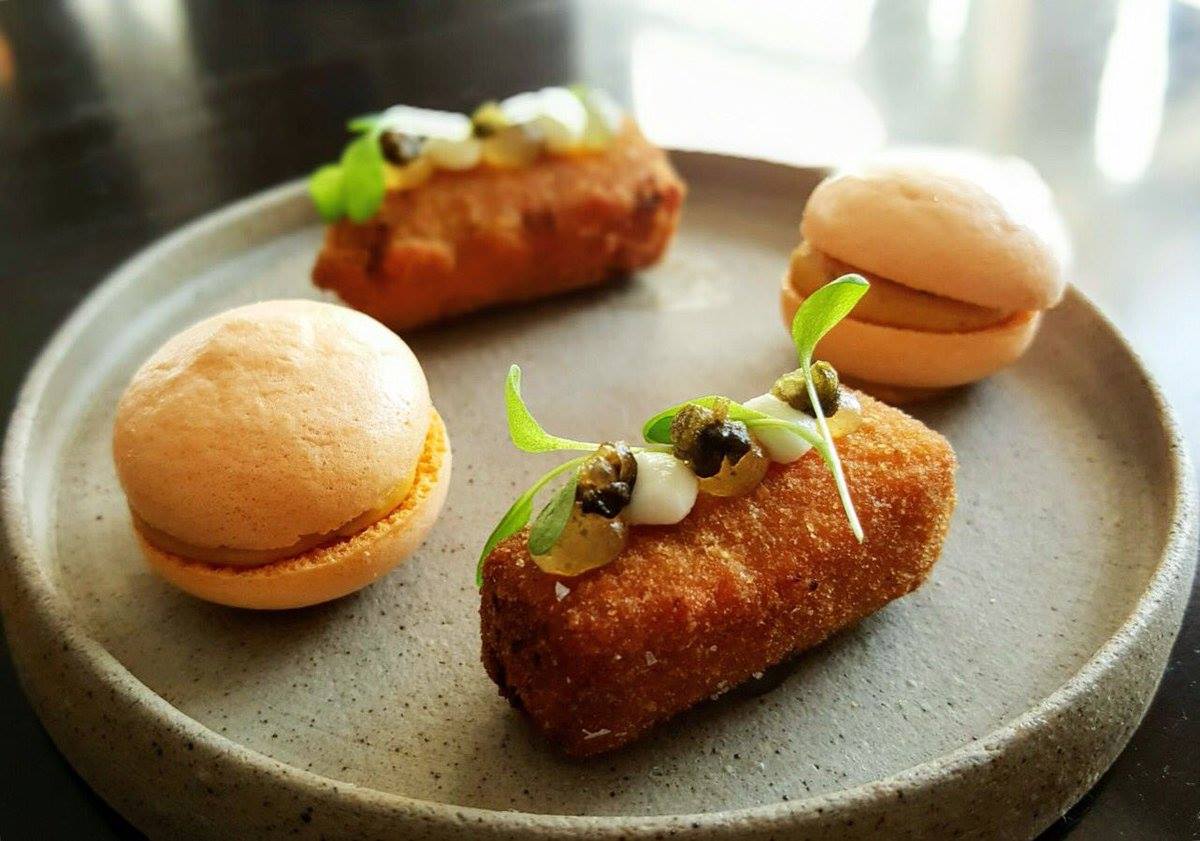 Home to Kenny Atkinson, of The Great British Menu fame, this venue has awakened the Newcastle Quayside. The excitement caused by the House of Tides is still felt today, with booking necessary almost weeks in advance. The Michelin-starred restaurant (did we not mention that?) boasts a tasting menu for dinner, starting at £70 per person. The food is well worth the price, featuring innovative dishes. Curry granola, ‘toast and cheese’ and rhubarb ice lollies all find a place in the fine-dining restaurant. Despite the reputation, the eatery is thoroughly unpretentious, with roaring fires, dark wood and olde-worlde interior. The Botanist has fast become a landmark in the city. Based around an old, English country garden – this chain of bars is spreading across the country. Mother Nature’s very own backyard, high up in the Monument Mall, has twinkly-fairy lights, greenery and bamboo-style furniture. It’s all of the traits expected from a secret-den like garden. The food is reminiscent of an English summer, offering fresh salads, rotisserie chicken and even hanging kebabs. Of course, these are not served on plates, but in plant pots, wooden boxes and shovels – it is The Botanist… HanaHana tops the cool and quirky spot. One of two traditional Japanese restaurants in town, it specialises in the Teppanyaki style of cooking. This involves expert chefs preparing the food on hot iron plates, right in front of your eyes. Each table has a dedicated chef station, and is one of the most popular restaurants for sheer excitement value. We highly recommend the seafood dishes – particularly the lobster. This place has even been known to let guests attempt to grill food and flip eggs (harder than it sounds). A career change could possibly be on the horizon. The Broad Chare promises ‘proper food’ and ‘proper beer’. It goes by the philosophy of ‘our pub is your pub’ and is a genuine, homely venue for real ale. The pub/restaurant is split over two-levels; downstairs for drinking, upstairs for eating. For those looking for home-cooked food like you used to get at home – this is the right place. Choose from steak, fish pie and old-fashioned puddings, or even tuck into Scotch eggs and pork pies. In addition, the beer is just as cosy and local, from Wylam Brewery, just up the Tyne Valley. Whey aye. Spice up your day in the North East, with a trip to Dabbawal. This is Newcastle’s Indian street food pioneer. As a result, there are restaurants in the city centre and Jesmond. The colourful and buzzing restaurants are a taste of the city, and have even been awarded the UK’s Best Casual Dining Restaurant. The kitchen prepares Indian snacks, chaats, grazing dishes, classic curry and unique street vendor-inspired grub to the highest standard. Pair that with a relaxed (almost too laid-back atmosphere) and you’ve got a fearsome pair. Therefore, we’ll see you there…